Are there cases where we are sure that a local minimum is the global minimum?

Yes. For example when we minimise convex objective functions.

Here is just a very brief overview of the topic for the interested, see also (Boyd & Vandenberghe 2004) for more.

For example, the linear regression or the logistic regression have convex objectives – they are very well-behaving.

Note that this doesn’t mean that we know an analytic solution.

Think of this as a weighted arithmetic mean of these points.

The set of all convex combinations of 3 points yields a triangle (unless \(D\) is one-dimensional).

More generally, we get the convex hull of a set of points – the smallest set \(C\) enclosing all the points that is convex, i.e., a line segment between any two points in \(C\) is fully included in \(C\).

In two dimensions, think of a rubber band stretched around all the points like a fence. 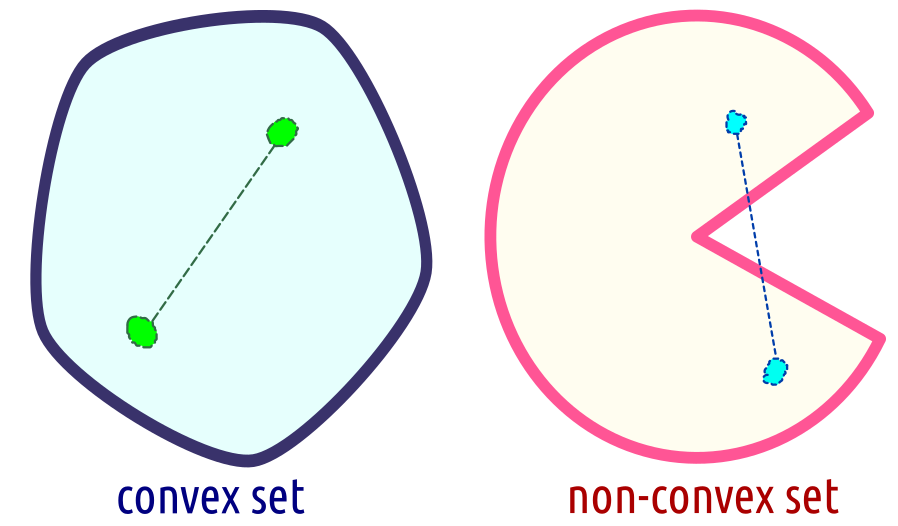 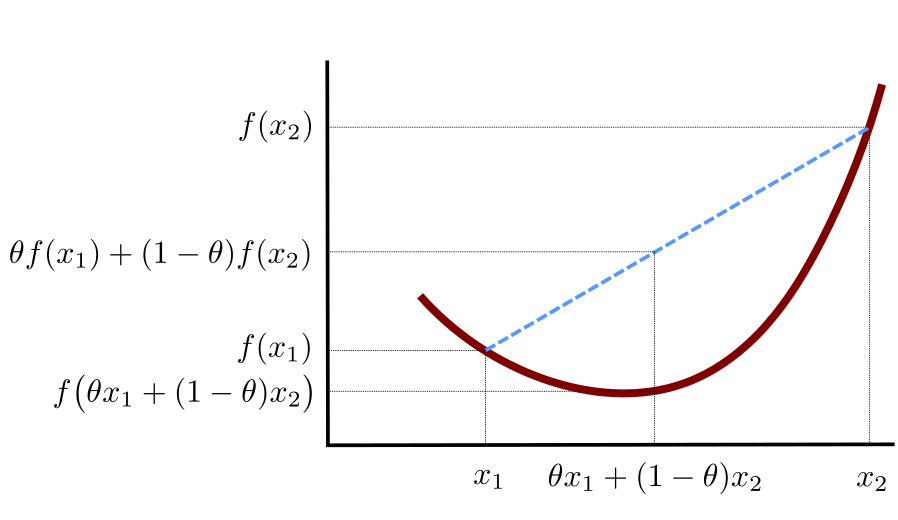 Optimising convex functions is relatively easy, especially if they are differentiable.

Methods such as gradient descent or BFGS should work very well (unless there are large regions where a function is constant…).

(***) See also the Karush–Kuhn–Tucker (KKT) conditions for a more general problem of minimisation with constraints.